A couple of day’s ago they released what they called the 10 Richest Billionaire Bachelors. That means these guys are not yet married. You’ll wonder why especially as you’ll see that the youngest of them is 31 years old.

Are they scared of western ladies or what?

Anyway, they are billionaires in dollars. Today, in our world view, I present these men and possible lessons one could learn from them.

Though he is 60, the Microsoft co-founder, is never married. Maybe he is still waiting for the right lucky woman. But that is not the issue. Allen is one man who believes in the mighty power and complexity of the brain.

His Allen institute is dedicated to studying and analyzing all manner of elements that will decode the brain anatomy and fuel discovery. You can call him the brain study man.

Armani is a fashion mogul whose business interests also spans across hotels, fragrances and properties. The only person who can tell you why he is not married at almost 80 is the person himself. But we can learn great business lessons from this icon.

From telus.com, here is a quote from Giorgio Armani. This should tell you so much about the man.

“Remain true to yourself and your philosophy. Changing in the face of adversity will in fact diminish your credibility with your customers.”

Mikhail Dmitrievitch Prokhorov (born 3 May 1965) is a Russian billionaire, politician, and owner of the American basketball team, the Brooklyn Nets. Prokhorov’s brief of priorities are as follows: (1) business, (2) sports, (3) food, (4) human interaction and (5) women.

That looks like his brief on how to become a billionaire

Xavier Niel (born 25 August 1967) is a French entrepreneur and businessman, active in the telecommunications and technology industry and best known as founder and majority shareholder of the French Internet service provider Iliad trading under the Free brand (France’s second-largest ISP).

French consumers pay some of the world’s lowest broadband rates, thanks to Niel’s triple-play service, Free, which has forced established operators to match its discount prices. Now, Free is moving into mobile, sending prices plunging there as well.

What we can learn from this is obvious: Provide a great product at a better price.

David Lawrence Geffen (born February 21, 1943) is an American business magnate, producer and philanthropist. Geffen is noted for creating Asylum Records in 1970, Geffen Records in 1980, and DGC Records in 1990. Geffen was also one of the three founders of DreamWorks SKG in 1994.

Geffen has been an agent, a manager, a record-industry mogul, a movie and Broadway producer. In his early days someone said of him, “If he’s your friend, he’ll do anything for you. If he’s your enemy, you might as well kill yourself.”

But now in his later life David Geffen has become a very important philanthropist lending much of his enormous wealth to charitable causes, many of them AIDS related.

At nearly 70 years old and with many years to reflect upon, David Geffen seems to have sought refuge in a few poignant words that came near the end of the documentary on his life:

“I believe everyone dies unhealed.”

Go figure what that means 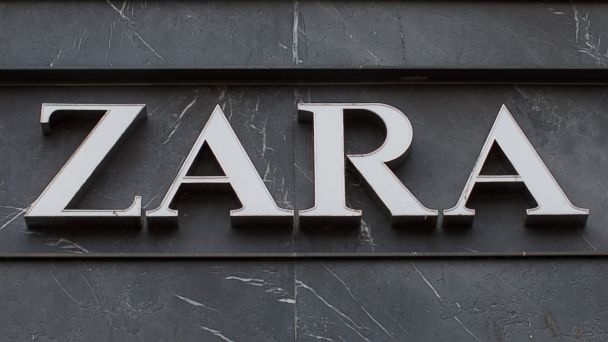 Marcos Mera, 42, inherited the wealth of his late mother, Rosalia Mera, when she died in August. She was the world’s wealthiest self-made woman from co-founding Spanish clothing brand Zara. 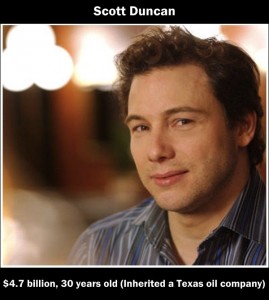 Duncan is the only son of Lee Ellis and Dan Duncan who co-founded Enterprise Products Partners LP and then took it public in 1998.

In 2010, Enterprise consisted of over 48,700 miles of onshore and offshore pipelines and nearly 220 million barrel equivalents of natural gas and natural gas liquids of storage capacity.

Even though Scott is still a young man, its obvious he is managing his family business properly. We can learn from the family of the Duncans to carry our family along and make them a part of our business lives so as to continue the wealth after us.

Andreas “Andy” von Bechtolsheim (born September 30, 1955) is an electrical engineer who co-founded Sun Microsystems in 1982 and was its chief hardware designer. He later became an investor, writing the first major cheque to fund Google, and starting several computer networking companies.

Andreas was the first major investor in Google. That tells you something about risk. This was when no one gave Google a shot at becoming anything useful. Today, it’s a different story.

Entrepreneurs must see beyond what the normal person sees and be willing to risk it against all odds.

His work centers on the management of his family’s conglomerate, the Santo Domingo Group. We can learn to learn from our parents enough while we can from this young billionaire.

Charles Clarence Butt (born February 3, 1938) is an American grocer who took over his family’s San Antonio-based H-E-B supermarket chain in 1971. The privately held company now has more than 300 stores and $17 billion in sales.

What can we learn from the Butt Family? Again, I think we can learn to understand our family vision.

I definitely do not want to be in this list. There are other lists. Well, lessons learned. I believe we can take the lessons and apply them in our lives and become better. Or what’s your opinion?